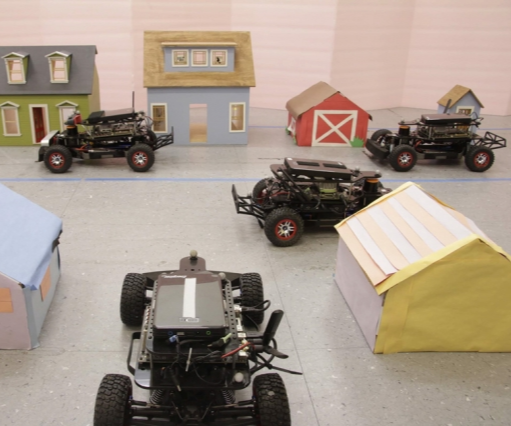 CAMBRIDGE, Mass. - MIT and Toyota researchers have designed a new model to help autonomous vehicles determine when it’s safe to merge into traffic at intersections with obstructed views.

Navigating intersections can be dangerous for driverless cars and humans alike. In 2016, roughly 23 percent of fatal and 32 percent of nonfatal U.S. traffic accidents occurred at intersections, according to a 2018 Department of Transportation study. Automated systems that help driverless cars and human drivers steer through intersections can require direct visibility of the objects they must avoid. When their line of sight is blocked by nearby buildings or other obstructions, these systems can fail.

The researchers developed a model that instead uses its own uncertainty to estimate the risk of potential collisions or other traffic disruptions at such intersections. It weighs several critical factors, including all nearby visual obstructions, sensor noise and errors, the speed of other cars, and even the attentiveness of other drivers. Based on the measured risk, the system may advise the car to stop, pull into traffic, or nudge forward to gather more data.